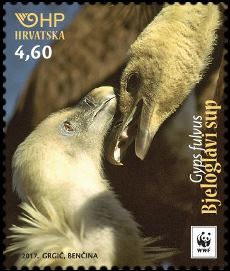 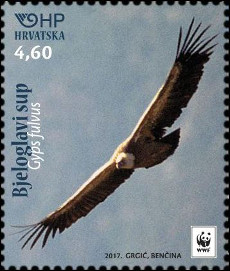 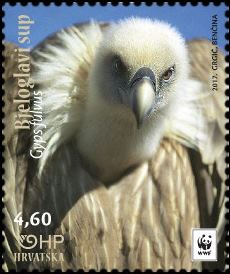 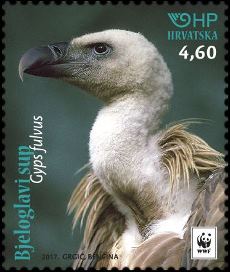 Eurasian griffon (Gyps fulvus) belongs to raptor birds, although it feeds on carcass and almost never attacks live prey. It is an important link in ecological system because it cleans nature and prevents spreading of infections. It is one of the most fascinating and biggest birds that fly with wing span up to 2.80 m and weighting up to 14 kg. It almost does not move wings during flight but glides on air streams, sometimes at speed higher than 160 km/h. Eurasian griffons fly at great heights. Above Ivory Coast one Rüppell’s griffon vulture (Gyps rüppellii) flew at the height of 11.280 m, which is the greatest registered height of bird flight. Male and female species do not differ by external features. About hundred years ago they populated the major part of Croatia, while today they survive only in the area of Kvarner Bay, where they nest on steep rocks, somewhere also at height lower than 10 m above sea level. In search for food, they daily cover up to several hundred kilometres and when first of them discovers a carcass he starts to fly in circles above it, which is the sign to others to join him. Already in October the wedding flights start, wing to wing. In January a female lays an egg in the nest on the cliff. A young Eurasian griffon hatches after 52-54 days of incubation during which the male and female exchange. A young Eurasian griffon starts his first flight after almost four months and then he is for the next 1-2 months dependent on parents and follows them in search for food. After becoming independent he abandons the colony of his birth. At 5 years of age those Eurasian griffons which survive the troubles of long, distant flights return to Kvarner Bay, find a partner and continue to live permanently with him on these islands. The Eurasian griffon is endangered, strictly protected species. In our country there are less than 100 pairs of them. Most of them perish in their first year. Young birds are unexperienced and during first flights many of them fall into the sea due to disturbance. They cannot swim and if they don’t get help, they drown. They also perish on propellers of wind energy power plants, on powerline pillars or as collateral victims of poisoning (shepherds set poisoned traps in order to get rid of animals that attack their cattle). Because of lack of food many of them starve from hunger. During first five years of their life up to 90% of them perish. They live in nature up to 30 years and when detained in good conditions some have lived up to 60 years. In Croatia the Griffon - Birds of Prey Conservation Centre in cooperation with the Ornithological Station Rijeka, Croatian 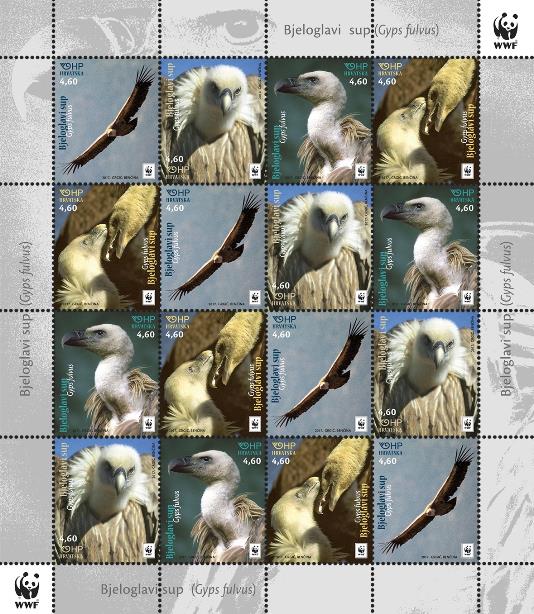 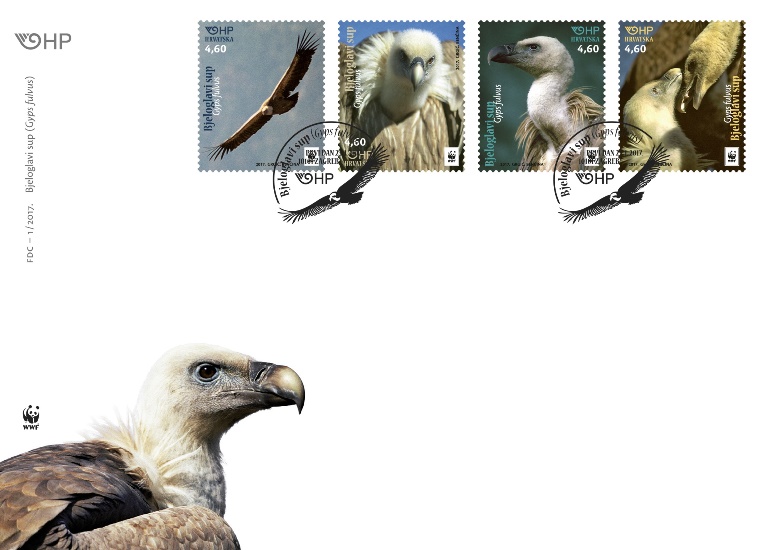