Climate change, excessive hunting, intense volcanic activity, are some of the causes that led to the destruction of large parts of the flora and fauna on Earth. A great variety of plant and animal species are classified as endangered and others are near extinction every year, even before biologists can identify and categorize them.

Romfilatelia, through the postage stamp issue Recently extinct species intends to sound the alarm on climate change involving all humanity and their responsibility to protect the planet. 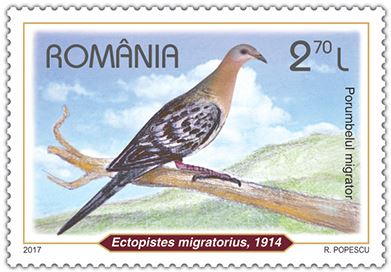 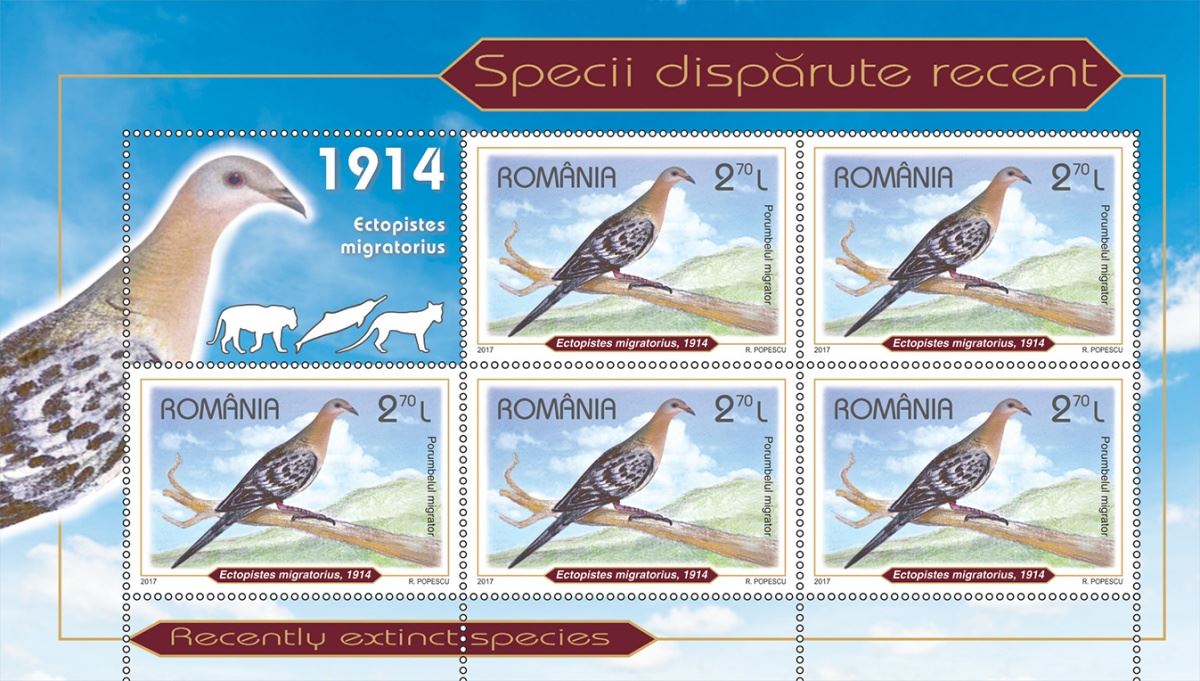 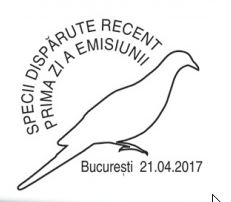 The passenger pigeon or wild pigeon (Ectopistes migratorius), illustrated on the stamp with the face value of Lei 2.70, is an extinct species of pigeon that was endemic to North America, where in the past it was very widespread. The scientific name, migratorius, refers to its migratory character.

The remarkable phenomenon of this species was the enormous number of individuals, which travelled in flocks with lengths up to 5 km.

Passenger pigeons were hunted by Native Americans, but hunting intensified after the arrival of Europeans, particularly in the 19th century. At the end of the 19th century their numbers dropped significantly, the main reasons for the extinction of this species being the massive scale of hunting, the fact that the species would produce a single egg as well as the rapid loss of habitat.

The last recorded nest and egg in the wild were collected in 1895 near Minneapolis. Martha, the last of her kind in captivity, died of old age on September 1, 1914, in the Cincinnati Zoo. 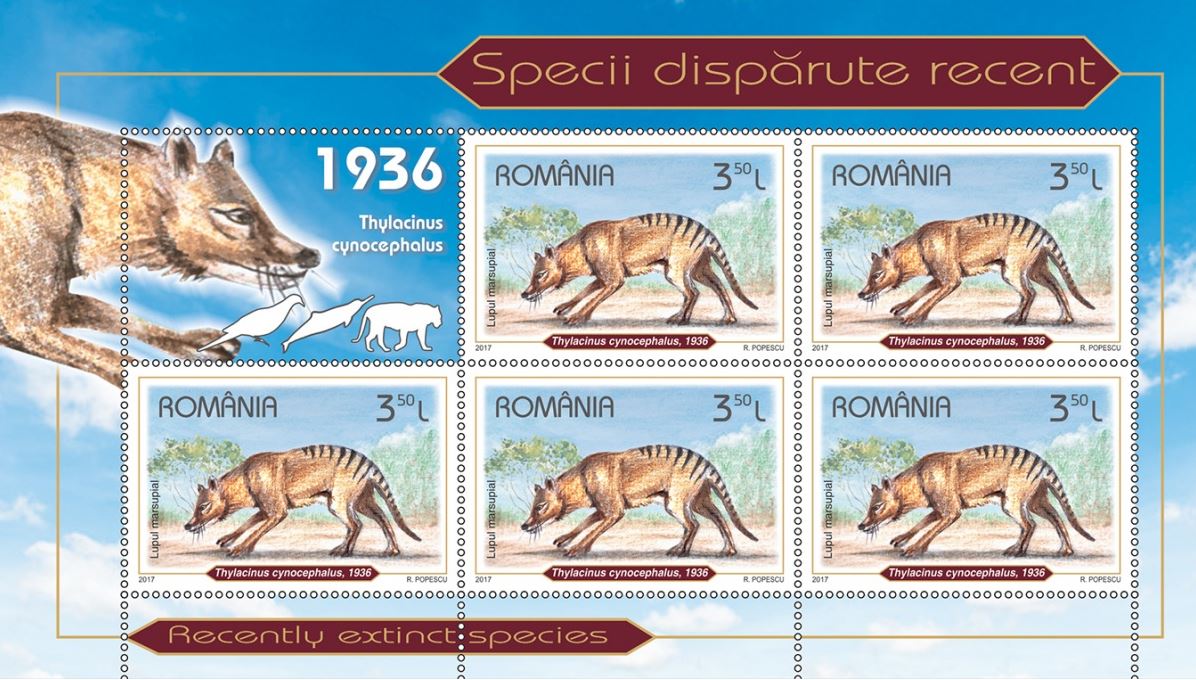 Thylacinus cynocephalus, Greek for “dog-headed pouched one”, was the largest known carnivorous marsupial of modern times and is illustrated on the stamp with the face value of Lei 3.50. It is commonly known as the Tasmanian tiger (because of its striped lower back) or the Tasmanian wolf. Native to continental Australia, Tasmania and New Guinea, it is believed to have become extinct in the 20th century.

Intensive hunting, encouraged by bounties, was named as the main cause of its disappearance, although other factors are to be considered as well, such as diseases and human encroachment on its territory. The last captive thylacine, later referred to as Benjamin, was trapped in 1933, and sent to the Hobart Zoo where it lived for three years. This last thylacine died on 7 September 1936. 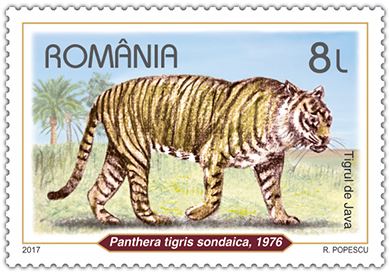 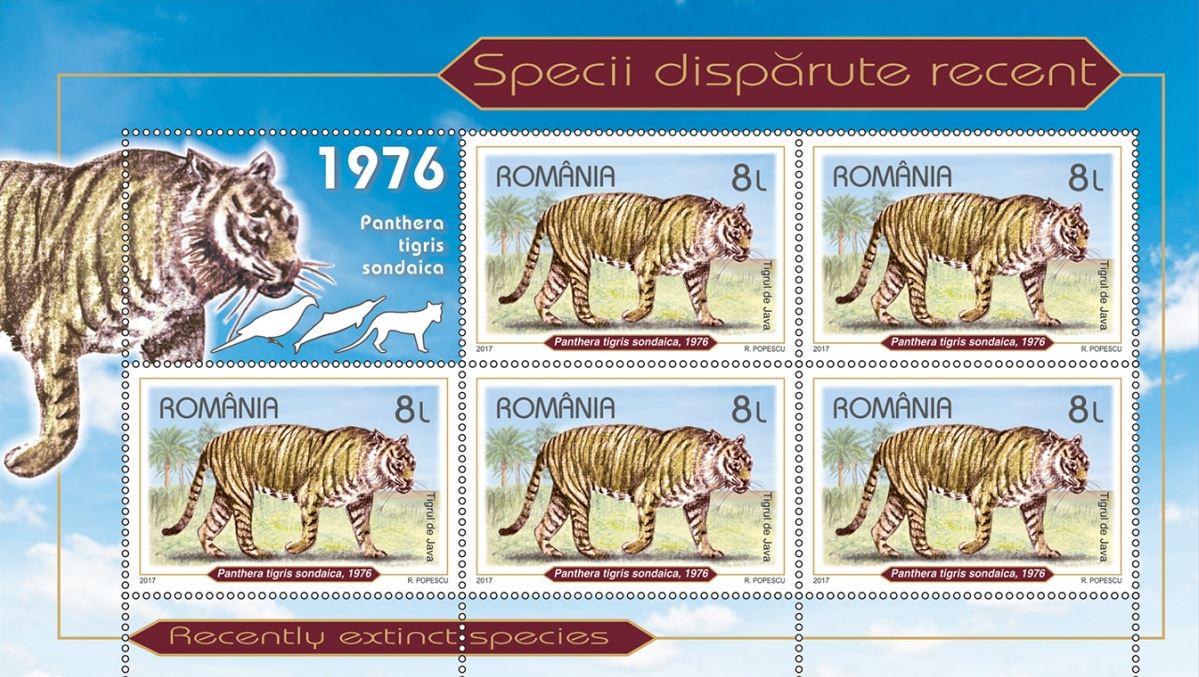 The Javan tiger (Panthera tigris sondaica), illustrated on the stamp with the face value of Lei 8, is an extinct tiger subspecies that inhabited the Indonesian island of Java until the mid-1970s.

Tigers and their prey were poisoned in many places when their habitat was rapidly being reduced. Natural forests were increasingly fragmented after World War II for plantations of coffee and rubber. During the period of civil unrest after 1965, armed groups retreated to reserves, where they killed the remaining tigers.

The last tiger was sighted in the Meru Betiri National Park, in 1976. Since then, not a single cub has been recorded in this last known refuge of the big cats. 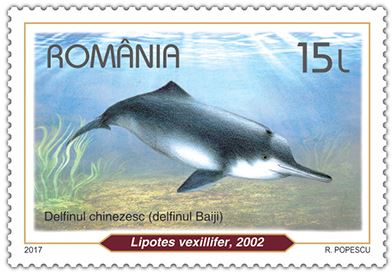 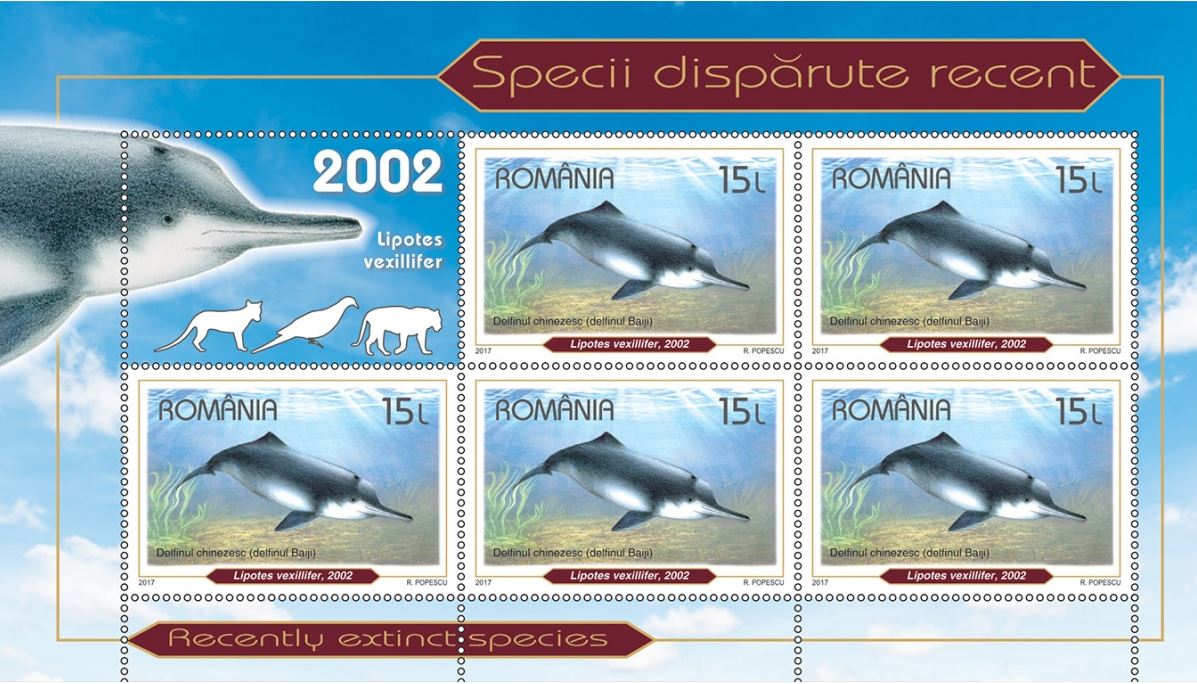 The Baiji (Lipotes vexillifer), illustrated on the stamp with the face value of Lei 15, is the only representative of the Lipotidae family, being a functionally extinct species of freshwater dolphin, formerly found only in the Yangtze River in the People’s Republic of China.

The Baiji population declined drastically as the People’s Republic of China industrialized and made heavy use of the river for fishing, transportation, and hydroelectricity.

What sets it apart in terms of looks is the long snout, which developed as an adaptive necessity to the dark muddy waters of the Yangtze river, where sight could not be used for orientation of food gathering.

It has been claimed, after surveys in the Yangtze River during the 1980s, that the Baiji is the first dolphin species in history that humans have driven to extinction. Efforts were made to conserve the species, but a late 2006 expedition failed to find any Baiji in the river.

We have a duty to learn from our past mistakes to preserve the species that are now in danger of extinction, because, as history shows, a few decades are enough to eradicate species that have evolved in balance with our planet for millennia.

Romfilatelia thanks the “Grigore Antipa” National Museum of Natural History for the documentary support granted in the creation of this postage stamp issue. 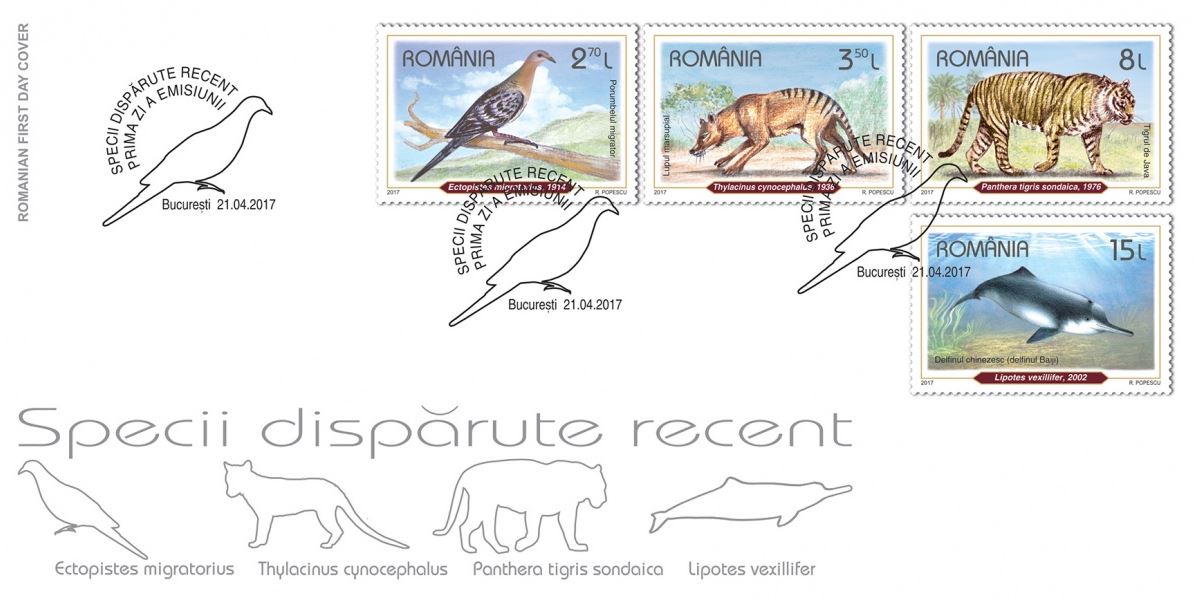 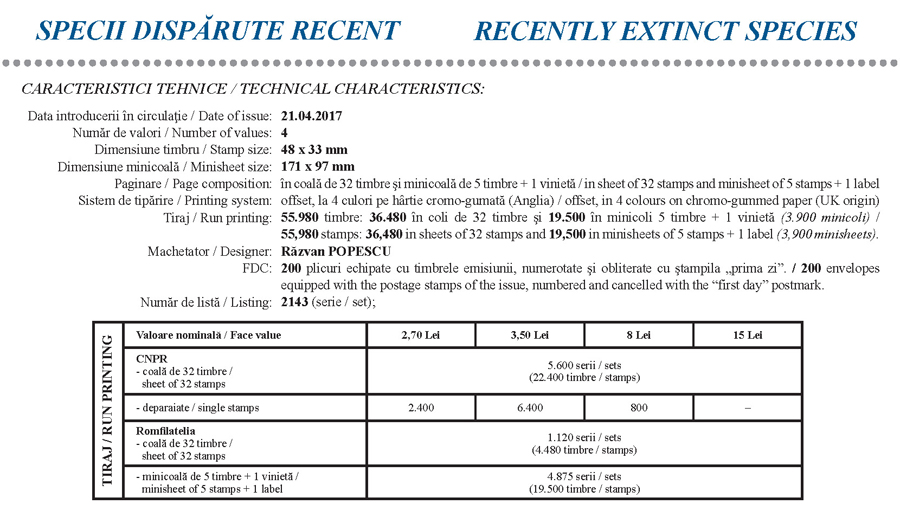